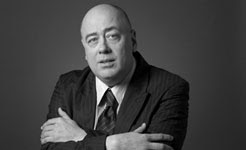 “Not very long ago, Oslo was an icy Shangri-la of Scandinavian self-discipline, governability, and respect for the law. But in recent years, there have been grim changes, including a rise in gay-bashings. The summer of 2006 saw an unprecedented wave of them. The culprits, very disproportionately, are young Muslim men.

“It’s not just Oslo, of course. The problem afflicts most of Western Europe. And anecdotal evidence suggests that such crimes are dramatically underreported. My own partner chose not to report his assault. I urged him to, but he protested that it wouldn’t make any difference. He was probably right.

“The reason for the rise in gay bashings in Europe is clear – and it’s the same reason for the rise in rape. As the number of Muslims in Europe grows, and as the proportion of those Muslims who were born and bred in Europe also grows, many Muslim men are more inclined to see Europe as a part of the umma (or Muslim world), to believe that they have the right and duty to enforce sharia law in the cities where they live, and to recognize that any aggression on their part will likely go unpunished. Such men need not be actively religious in order to feel that they have carte blanche to assault openly gay men and non-submissive women, whose freedom to live their lives as they wish is among the most conspicuous symbols of the West’s defiance of holy law.

“Multiculturalists can’t face all this. So it is that even when there are brutal gay-bashings, few journalists write about them; of those who do, few mention that the perpetrators are Muslims; and those who do mention it take the line that these perpetrators are lashing out in desperate response to their own oppression.

“It’s very clear what’s going on here – and where it’s all headed. Europe is on its way down the road of Islamization, and it’s reached a point along that road at which gay people’s right to life, liberty, and the pursuit of happiness is being directly challenged, both by knife-wielding bullies on the street and by taxpayer-funded thugs whose organizations already enjoy quasi-governmental authority. Sharia law may still be an alien concept to some Westerners, but it’s staring gay Europeans right in the face – and pointing toward a chilling future for all free people. Pim Fortuyn saw all this coming years ago; most of today’s European leaders still refuse to see it even though it’s right before their eyes.”- Author Bruce Bawer, from his piece, First They Came For The Gays, published in the conservative forum, Pajamas Media.