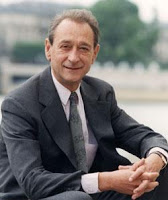 Bertrand Delanoe, the openly gay mayor of Paris, has been given extra security after U.S. intelligence services informed the French that al-Qaeda may be targeting him for assassination. American sources monitoring internet traffic picked up references to Delanoe listing him as a target. Delanoe is running for a second term as mayor of Paris and is considered a contender for the 2012 French presidential race.