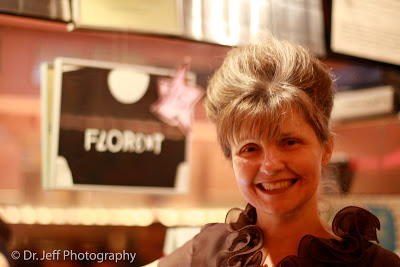 The End Of Florent? Rumors have been flying on the various NYC foodie blogs about the impending closure of Meatpacking District landmark 24-hour diner and beloved gay hangout, Florent. Owner Florent Morellet, the iconic “Queen of MePa” confirmed to the NY Observer this week that his lease is ending March 31st, quelling, a tiny bit, the panic of foodies who feared the closure may have come as soon as today.

Morellet, a vigorous NYC preservation activist, is also famous for being openly HIV+ and posting his t-cell counts on the daily menu board. He plans to fight his landlord, who is reportedly shopping the space for $70,000/month. Florent opened in 1985 when the Meatpacking District was still a barren wasteland populated by crackheads, tranny prostitutes, and crackhead tranny prostitutes.

Once home to gay institutions such as the Vault, the Cellblock, the Mineshaft, Alex in Wonderland, the Anvil and the Lure, today the Meatpacking District is the hottest neighborhood in Manhattan, chock-a-block with super high-end designer boutiques and velvet rope restaurants. Notorious 80’s gay sex club, J’s Hangout, is now a fancy eatery.

Last night Dr. Jeff visited Florent to grab the last t-shirt off the display mannequin and take the above photo of their long-time waitress. Visit while you still can.