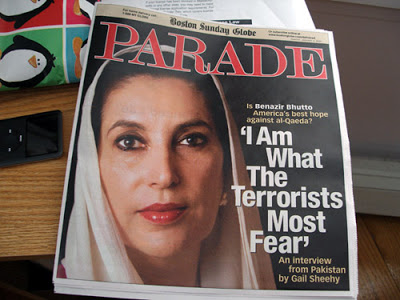 Parade is printed several weeks in advance and the publishers decided the interview was “important enough” to distribute even though her assassination had already occurred. And totally not because it would have cost them a buttload of money to pull the issue. For real.