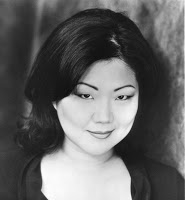 “I too am insulted at the idea that just because I am a person of color and a woman that I should be expected to automatically vote for Obama or Hillary. Why are white men allowed to look at the issues and judge for themselves and the rest of us are expected to take sides grade school style? That is racist and sexist and dumb. That is like if all the stupid people voted for Huckabee (please God let this not happen).

“Still, I believe Obama and Hillary are the best candidates. I just think overall there are too many people running. It is like a reality show. It’s like America’s Next Top President. Why don’t we just let Tyra decide? But then again she’d run into the same problem as Oprah. I hate that people are saying that Oprah is some kind of gender traitor because she is backing Obama. Don’t even talk about Oprah unless you want to fight. I got a brick in my purse so watch it (remember, ladies — something heavy inside something light = weapon). I think it is wonderful that Oprah is getting involved in politics. It is brave and exciting and gives me lots of hope for the future.

“I think that is what I love about Obama — he represents hope. I would not be voting for him just because I am a person of color. Race has so little to do with it! He is all about change — a new beginning. His youthful optimism appeals to me and his hope for the future enthralls me and these issues transcend race completely. I would be voting for Hillary because she has already been president for eight years and did an awesome job. So my choice really for the next president is going to be very well thought out; I am between Barack and a familiar face.

“Guess what America! People of color and women think! Just like white men! For reals!!!” – Margaret Cho, responding in the Huffington Post to this sarcastic comment posted on CNN.com: “Duh, I’m a black woman and here I am at the voting booth. Duh, since I’m illiterate I’ll pull down the lever for someone. Hm… Well, he black so I may vote for him… oh wait she a woman I may vote for her… What Ise gon’ do? Oh lordy!”

Previous No Relief On Super Tuesday
Next Obamunami In South Carolina