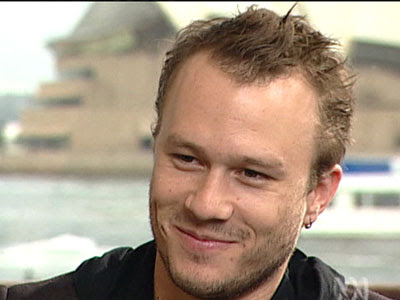 Actor Heath Ledger, 28, was found dead in his New York City apartment today. His body was found in his Soho home by a housekeeper at 3:30pm. According to police, pills were found near the body. Suicide or overdose is suspected. Ledger won raves in 2005 for his portrayal of a closeted cowboy in Brokeback Mountain, for which he earned an Academy Award nomination.

I’ll post more about this tragedy as information is released.

UPDATE: The NY Times has updated their story to show that Ledger was actually found in the apartment of actress Mary Kate Olsen. According to some reports, Ledger’s naked body was found near a “mountain” of over-the-counter sleeping pills. In November, Ledger told the NY Times that he’d been having trouble sleeping, but that Ambien was not helping him. An autopsy is scheduled for tomorrow.

UPDATE II: The story keeps changing. Now the NY Times is saying that the apartment is NOT owned by either Olsen. The twins do own apartments in NYC, but not in the building where Ledger was found.