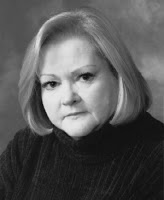 Democratic Senate leaders, acquiescing to their anti-war constituents, yesterday stripped the Matthew Shepard Act from the defense funding bill to which it was attached. Matthew Shepard’s mother has released a statement regarding yesterday’s decision:

We are truly dismayed to find that Congress now will put aside its leadership on passage of federal hate crimes legislation that includes sexual orientation and gender identity.

At this time of year that fills us all with hope for humankind, we are sad to find that a Congressional majority of each House who have already adopted the Matthew Shepard Act cannot yet come together.

If not here, where? If not now, when?

Make no mistake; this is a small triumph of process over principle. We are dedicated to redoubling our efforts next year to achieve our vision of a hate-free America that truly includes everyone. This has never simply been about Matthew Shepard and our family, this legislation is a gift delayed but never forgotten for all America’s families.

We thank our friends, allies and champions in Washington and around the world who have struggled so hard this year. We know that we will unite once again next year to achieve passage of this milestone human rights legislation.

So the hate crimes bill is dead for this year, basically due to the unwillingness of Democrats to fund the war, even though the bill will pass easily now that the Matthew Shepard Act has been removed. Rep. Barney Frank is calling for the Senate to consider it as a stand-alone bill as early as February. The House passed a stand-alone hate crimes act earlier this year.

Solution: toss out the queers, FUND THE WAR ANYWAY. Is anybody surprised?
.