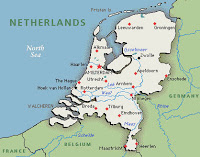 Dutch To Fight Homophobia
At Home And Abroad Saying they “will not shy away from difficult discussions”, the Dutch government has pledged 2.5M euros to fight homophobia at home and abroad. The money will be spent between 2008-2011 and will be used to target young people, mostly Muslim youth in schools and sports organizations. The Dutch also plan to request the legalization of homosexuality from the countries to whom they send developmental aid. Homosexuality is illegal in half of those 36 countries.

Previous “Godfather Of Disco”, Mel Cheren Has Died
Next Rudy Loves The Sinner
(And The Doublespeak)