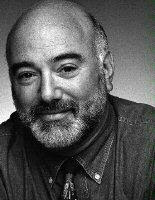 “AOL made a tremendous noise about its commitment to the GLBT community and to its queer readers in particular. AOL trades on the important and valuable role it plays in the various communities it serves through its many pages and themes. Partly, I walked away from my original blog, Proceed At Your Own Risk because AOL convinced me that I would be able to share my voice with a huge audience, gay and straight.

But after six months of pouring our hearts and souls into this venture and creating an important and influential–even leadership–role in the queer community–AOL looked at 3.5 million page monthly views, 500,000 monthly unique site visits and the commensurate ad revenues, good will for the AOL brand throughout the blogosphere, the print media and the electronic media and within hours shut it all down.” – Former AOL Queersighted blogger Richard Rothstein, on AOL’s decision to end its in-house gay blog. Queersighted managing editor Kenneth Hill (AKA the Gayest Editor Ever) was among 2000 AOL employees laid off last month.

Rothstein continues: “And, at the end of the day, I suppose we can’t accuse AOL of homophobia or politics. After all, Mary Cheney remains a vice president at AOL and she, as we all know, is a staunch supporter of the queer community, our rights and our voice. And just because a number of AOL’s openly homophobic and conservative right wing bloggers remain employed and blogging doesn’t mean that the termination of large numbers of senior gay employees means anything. “
.