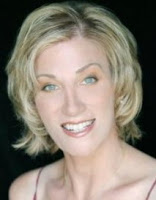 Trans Board Member Resigns From HRC Citing “betrayal, distrust, and anger”, Donna Rose, the only transgender member of HRC’s board of directors has resigned over internal dissent regarding ENDA. In a lengthy statement on her personal website, Rose asks for others to join her. Rose: “I call on other like-minded board members, steering committee leaders, donors, corporate sponsors, and volunteers to think long and hard about whether this organization still stands for your values and to take decisive action as well.” Rose does have kind words for HRC and says she refuses to “sling mud”. Hmm, seems like that mud has been slung.

With the collapse of the T-free ENDA, support for inclusion of trans-folk as part of the gay rights movement seems to be eroding in some quarters. John Aravosis of AMERICAblog writes today in a piece titled The Transgender Fiasco, “I would argue that the gay community never collectively and overwhelmingly decided to include the T in LGB (or GLB). It happened because a few groups like NGLTF and GLAAD starting using it, and they and a handful of vocal activists and transgender leaders pretty much shamed everyone else into doing it. Now, that’s not necessarily a bad thing, and it doesn’t necessarily mean that the T shouldn’t have been added. I’m just saying that I don’t think the T was added because there was a groundswell of demand in the gay community that we add T to LGB. I think it happened through pressure, organizational fiat, shame, and osmosis. And that is how we got into the mess we’re in today.”

Aravosis concludes his piece by saying that he is getting private “atta boy” emails from gay politicos and journalists who agree with his position that transgenders don’t belong in the LGBT umbrella, but who, due to fear of “PC repercussions”, won’t go public with their position.

And the unraveling continues.

This painful wound must be healed. The real enemy is the right — have we forgotten this? Have the people on the Hill forgotten this? To turn on one another advances nothing. HRC, no matter what opinion one holds of the org, these folks do the work on the Hill. Where did the gauging of ENDA as a do-able priority (say over DADT repeal, which seems much more do-able), gain traction? In any case, this whole “family fight,” is undermining the long view of equality. There are no winners in this kind of a backstabbing event, where LGBs can be seen doling out horrible anti-T bigotry in the comments of blogs. I can only hope that Donna will reconsider this decision, but I have great respect for her efforts to represent the T perspective to the HRC board.We’re at a where-do-we-go-from-here moment — everyone is pointing fingers.

Family fights are the most bitter of all. Nobody ever wins.