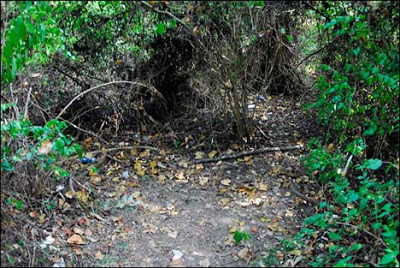 After a two-week-long police sex sting netted 40 men for having sex in two Johnson City, Tennessee parks, the Johnson City Press published the names, addresses and photos of all 40 men. Among the arrested was a Baptist minister, who has now resigned. According to the story, local cruisers had dubbed a section of one of the parks as the “man cave”. [Photo]

From the comments on Free Republic: “Some of the ‘Christian’ women my wife works with were cackling about this; making fun of the queers, until one of them shot himself earlier today…now they “feel bad” for making fun of them. Funny how that works…”

Opinions on publishing these kinds of details? We certainly don’t want the police arresting people without any public knowledge. But does the Johnson City Press publish the photos and addresses of straight people arrested for public sex? That’s a hypothetical question, of course, since cops don’t do straight sex stings. I think the Johnson City Press bears some responsibility for the suicide. Write Press reporter Kristin Swing at let her know how you feel: [email protected].
.
.