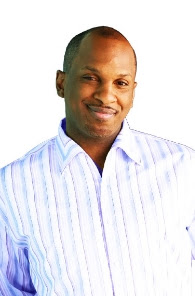 Obama To Tour With Anti-Gay Preacher In an effort to gain traction with black conservatives, Barack Obama will tour South Carolina with Pastor Donnie McClurkin, an “ex-gay” preacher and gospel singer.

McClurkin, who says he was molested as a child, frequently rails against “the curse of homosexuality.” A choice quote: “There are countless numbers of people who are not happy in this lifestyle and want to be freed from it. They were thrust into homosexuality by neglect, abuse and molestation, and want desperately to live normal lives and one day have a happy home and family.”

From American Thinker: “This would seem to be an incredibly stupid move on the part of Obama. Whatever temporary gains he might make in South Carolina would surely be offset by angering a major Democratic constituency – the gay rights lobby. Is it possible he didn’t know McCulkin’s history of perceived gay bashing? If so, it shows a monumental lapse in judgement not to mention extremely poor staff work”

From Huffington Post: “He’s [Obama] also sold himself as a healer and consensus builder. Legions have bought his pitch, and have shelled out millions to bankroll his campaign. But healing and consensus building does not mean sucking up to someone that publicly boasts that he’s in “a war” against gays, and that the aim of his war is to “cure” them. That’s what McClurkin has said. Polls show that more Americans than ever say that they support civil rights for gays, and a torrent of gay themed TV shows present non-stereotypical depictions of gays. But this increased tolerance has not dissipated the hostility that far too many blacks, especially hard core Bible thumping blacks, feel toward gays.”

If Obama doesn’t back out of touring with McClurkin, it will end what little support I have for his candidacy.
.