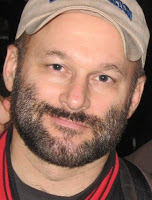 “I agree that Larry Craig was, at minimum, enticed. It takes two to tango. If the cop hadn’t been sitting there peering back and playing footsie, Craig probably wouldn’t have made the come-hither finger gesture. Instead, he likely would have left frustrated, caught his next flight and returned to the Senate to continue his 100 percent anti-gay voting record.