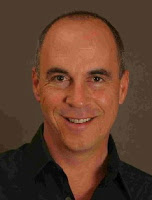 “For reason yet to be understood, most gay people exhibit sex atypical traits most clearly when we are very young. Many gay boys — the vast majority in some studies — report that they identified strongly with girls when they were very small. Many even thought of themselves as more female than male. The opposite seems true for most lesbians.

As we grow older these feelings tend to subside for many of us, so that as adults the only major sex atypical trait that we retain is our sexual orientation.

But not for everybody. Some of us grow up to be mannish women or femme men. Some become occasional cross-dressers or drag kings or queens. Some become transgenderists (people who live full-time as the opposite gender without desiring surgery). And some become pre- or post-operative transsexuals.

Researchers now think that this is all connected, that all gay and transgendered people occupy places on a continuum between the two main genders.

At one extreme are masculine gay men and feminine lesbians who could easily pass as straight, and whose only obvious sex-atypical trait is their sexual orientation. At the other extreme are people who are so gender-atypical in so many ways that some choose to have an operation to bring the body in line with the soul. But what distinguishes us is that we all, to some degree or another, have major traits that place us somewhere between the two primary genders.

In that sense, all LGBT people are transgendered.” – Gabriel Rotello, in the Huffington Post.
.

Previous A Chorus Line
Next Fifth And First