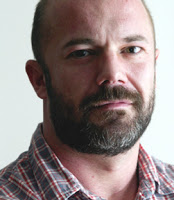 “McClurkin describes sexual orientation as something that God wants to save me and other gay people from. If one were being generous, one would say this isn’t meant as an attack; but it is certainly experienced as an attack. McClurkin, in short, should never have been allowed to speak at this event, because his words are inherently divisive, his record of comments on gay people offensive, and the point of the event was allegedly unifying. It wasn’t. To my mind, this isn’t ultimately about the difficulty of forging any kind of alliance between gays and African-Americans. It is the inherent danger of mixing religion with politics. That’s called Christianism. Some of us have not spent the last few years trying to rescue conservatism from the toxin of theocracy only to support a candidate who wants to do the same thing on the left. I don’t think Obama wants to go that far; I still believe that broadly speaking, his is the only major candidacy right now that offers the kind of change we need. But what happened on that stage was inexcusable, stupid, and damaging. I don’t blame any gay American for jumping the Obama ship over it.” – Andrew Sullivan.