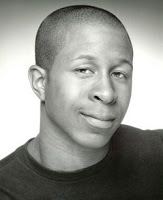 Yesterday a Brooklyn jury convicted Anthony Fortunado in the death of Michael Sandy (left), who was lured to a local park last year after meeting Fortunado online. At the park, Fortunado, with three accomplices, attempted to rob Sandy, who was killed by a car as he attempted to escape. Fortunado was convicted of manslaughter as a hate crime and attempted petit larceny.

Despite the verdict, jurors interviewed afterwards say that they did not believe the attack was a hate crime. One said, “By the letter of the law Fortunato was guilty, but no one felt he had any hatred or animosity toward homosexuals.” Another member of the jury argued for acquittal right up until yesterday. The jury also said that they believed Fortunado’s statement that he is gay himself. Manslaughter bears a penalty of 8-25 years and Fortunado could be eligible for parole in as little as seven years. He will be sentenced on October 24th.

On October 5th, one accomplice received the same verdict as Fortunado. Another man turned state’s evidence and the fourth is yet to be tried.