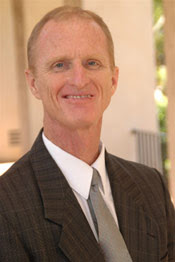 “Ex-Gay”: God Is Burning San Diego Because Of Gay Rights “They shook their fists at God and said, “We don’t care what God says, we will issue our legal brief to support gay marriage in San Diego!” Then Mayor Jerry Sanders mocked the Christian vote and signed off on this rebellious legal document to support same-sex marriage. And then the streets of La Jolla under the Mt. Soledad Cross began to cave in.

The Bible says that in the last days, the nations will rebel against God until He can’t take it anymore. Was it all worth it? Were the few years of sexual immorality worth the eternal destruction and earthly chaos it brought? How low will we go?” – “Ex-Gay” and Cryptkeeper stand-in James Hartline. Go send James some love.

Previous How To Kill Nightlife
Next Speaking Of Fire-Fighting…