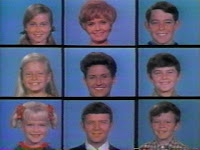 Here’s The Story Of Jan & Marcia Pink News is reporting that according to an upcoming book by Brady Bunch star Maureen McCormick, during the show’s run there was some “sexual play” between McCormick and her TV sister Eve Plumb.

The National Enquirer reports: “The most explosive comments will be how the then-blonde, blue-eyed cutie developed a crush on Eve Plumb, which led to some sexual play. This book will certainly come as a shocker. While Maureen is not a lesbian, she reveals there were some sexual hijinks going on behind the scenes. It’s bizarre because she played such a virginal character on the show.”

UPDATE: This story has now been debunked.