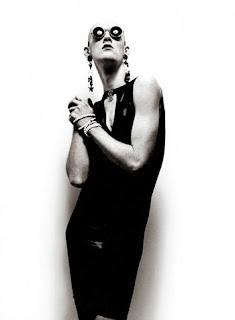 New York’s downtown art and club scene was rocked today by news that Dean Johnson,45, was found dead in Washington DC last week. Johnson’s body has just been identified and the circumstances surrounding his death have not been determined.

Earlier this week I mentioned that I would be appearing in the October 10th installment of Dean Johnson’s Reading For Filth at East Village arts hotspot Rapture Cafe. Rapture Cafe owner Joe Birdsong gave me this statement today: “Dean Johnson was a big, big man with a big, big vision of a world where no one apologized for who they were. He was a true P. T. Barnum who ruled over downtown New York’s three-ring circus of freaks. Reading for Filth will go on as scheduled. The initial installment, Wednesday Oct. 3rd, will be a celebration of Dean’s life. Wherever Dean was concerned, the show always went on.”