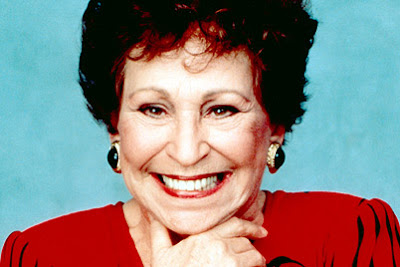 Beloved television sitcom character actress and Tony winner Alice Ghostley died yesterday at 81. Ghostley won the hearts of gay fans with her portayals of Esmerelda, the ditzsy witch of Bewitched (’69-’72), and Bernice Clifton, the stroke-addled senior befriended by the ladies of Designing Women (’87-’93).

Ghostley was a pioneer of early television, appearing in a 1957 musical version of Cinderella, in which Ghostley and Kaye Ballard played ugly step-sisters to Julie Andrews’ title character. Ghostley’s Broadway debut came in New Faces Of 1952 (a show that also starred Maggie Smith), and in 1965 she won the Tony Award for Best Featured Actress for her performance in The Sign in Sidney Brustein’s Window. In 1978, Ghostley succeeded Dorothy Loudon as Miss Hannigan in the original Broadway run of Annie. Ghostley’s film credits include To Kill A Mockingbird and Grease.