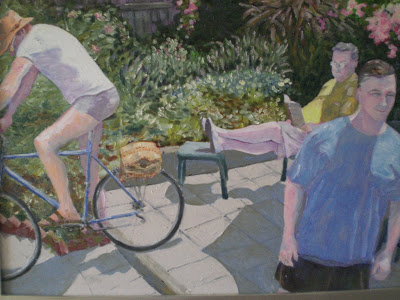 The Farmboyz’ Connecticut home is filled with Father Tony and C’s original artwork, books, and at the momment, about a dozen men. Last night we attended the Hartford Men’s Social, a monthly cocktail party with its origins in a simple email list that began eight years ago. The party’s creator, a genial fellow named Dave, told me that the list has now grown to over 1400 men. As we’re in the state capital, there were lots of government-mo’s in attendance, including a prominent out Republican. But bringing the realness, there was also a prominent Titan porn star. Balance. I’ll have more later, but right now brunch and Bloody Marys are calling. Previous Re-Chillaxin’
Next The Three Faces Of Father Tony