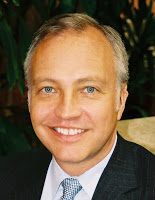 “The Democratic candidates for president, as a group and individually, express more support for lesbian, gay, bisexual and transgender (LGBT) issues and legislative and policy initiatives to improve our lives than any prior set of presidential candidates in the history of American politics. These new standards of support for LGBT people are worthy of our applause, our appreciation and our accolades.

Still, no major Democratic candidate has made the kind of sweeping statement of inclusion as did Gov. Bill Clinton in 1992, when he declared to a huge crowd of LGBT people in Los Angeles, “I have a vision for America and you are part of it.” His words brought tears to the eyes of the audience and rang out across the United States. Even the most skeptical of us in the LGBT community knew that we heard something previously unspoken by any major political figure.

We also know and painfully remember that Clinton’s vision of America did not translate into much of anything positive for us at the federal level. We can recount our bitter disappointments during Clinton’s time in the White House: the crash and burn of the effort to rescind the Department of Defense policy of discharging gay and lesbian service members, the secret late-night signing of the Defense of Marriage Act, and an ushering in of abstinence-only sexuality education in the public schools. Clinton couldn’t or wouldn’t deliver on the specifics, but at least he held us in his larger vision of a healthy society.

Since 1980, we have suffered the gross indignities of defamations and slanders from a ravenous and rapacious right-wing anti-gay movement, a veritable industry churning out anti-LGBT propaganda at every turn. We endured the AIDS epidemic and the Reagan administration’s cruel indifference while our people fell to illness and then to death. We saw the U.S. Supreme Court uphold state laws that branded us criminals for our sexuality. We have been clubbed by an onslaught of ballot questions that put our lives up to popular vote. Time and again, we’ve been thrown under the political bus by politicians either in the White House or those who want to get there.

All of this misery has been exacerbated exponentially by the spinelessness or unwillingness of all but a few national leaders to take a stand for us and denounce the animus unleashed on us. Many of our “friends” have simply looked the other way.

We bear our scars and yet remain unbowed. But, we are still waiting for the country’s political leadership to defend our right to live and thrive as a matter of principle, not parse our dreams as a matter of misguided political calculation.

This far into the 2008 race, things don’t look all that good. People who think GOP candidates are backing away from using us to inflame and divide are simply wrong. Republican rhetoric is peppered with code that thinly disguises — and affirms — anti-LGBT sentiment with references to safeguarding the family, the sanctity of marriage, the foundation of civilization. For example, Mitt Romney said in Derry, N.H., “The source of America’s strength is the American people…family oriented American people.” And, John McCain on his official Web site: “The family represents the foundation of Western Civilization and civil society and John McCain believes the institution of marriage is a union between one man and one woman.” Let’s be clear: Romney and McCain do not include our families when they speak of “the family.” The Web sites of other Republicans, except for Ron Paul and Rudy Giuliani’s, explicitly reject full and equal recognition of our relationships.

But, what of the Democrats? Sadly, mostly silence. You can find our issues explicitly referenced on only three candidates’ sites (Kucinich, Richardson and Gravel). Frontrunners Clinton, Obama and Edwards carefully parse their support of our people into specific reforms. We find no evidence that the Democratic frontrunners counter Republicans’ anti-LGBT speech with routine and positive inclusion of LGBT people in their visions for a whole and healthy society.

It’s déjà vu all over again — the GOP often slyly and sometimes audaciously whips us for political gain. The Democrats include us — sorta — but only in response to a direct question and typically in the language of careful legislative reform.

This must change, starting now, because at this moment in history, reforms are both important and insufficient.

We deserve and we must demand from the Democratic 2008 presidential candidates the simple and straightforward statement that our humanity requires full respect and fair treatment by all and, further, an equally simple and straightforward condemnation of those who seek to use our lives for political gain. This needs be said in front of all audiences — not just in front of us.

We need leadership. We need strength of vision. And we need to know that the promises of reform come from the candidates’ understanding of LGBT people as inseparable from the national community in which we live. There can be no more equivocating or silence about the goodness of our personhood, our families, our relationships. Period.” – Matt Foreman, executive director of the National Gay & Lesbian Task Force.

NOTE: I don’t often post the entire text of speeches, but this one is too damn important and too fucking right on not to. Matt Foreman consistently says exactly what needs to be said and we are damn lucky to have him.