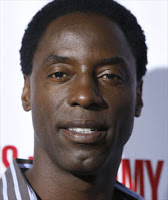 “Whether or not it serves any particular agenda that he’s nominated now, to make a point, I can’t speak on that. That’s theoretical. I don’t know, but good for him.” – Isaiah Washington, implying that yesterday’s Emmy nomination for Grey’s Anatomy nemesis T.R. Knight was a reward for suffering Washington’s “faggot” taunts. NBC has offered Washington a guest spot on the upcoming Bionic Woman remake.

UPDATE: Readers correctly point out that Washington did make a more gracious comment during the interview: “T.R. Knight is a good actor. He has been a wonderful actor from day one. T.R. Knight, congratulations. He finally got the attention he deserved.”