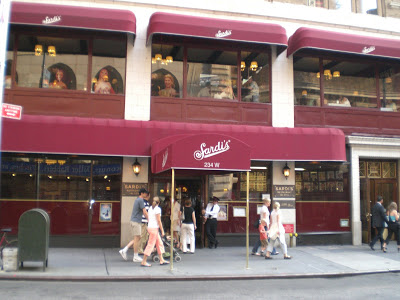 On West 44th just off Times Square, Sardi’s restaurant opened in its present location in 1927, six years after opening just a few doors from where it is now. Sardi’s is famous for the caricatures of celebrities that cover its walls – gaining a spot on Sardi’s wall is considered by some to be the mark of having “made it” in show biz. The idea for the Tony Awards was born at Sardi’s and for many years the nominations were announced there.