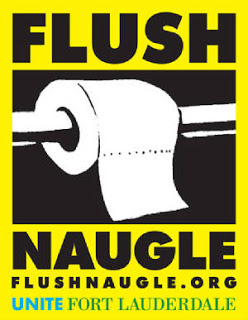 If you are in Fort Lauderdale today, get on down to City Hall (at 100 N. Andrews Avenue) by 4pm for a massive Flush Naugle rally. DJ Julian Marsh will be spinning tunes to inspire the crowd beginning at 3:30 PM. Speakers will begin taking the stage at 4:30pm and there will be a “Power To The People” after party following the rally at Art Bar at 6:30PM.