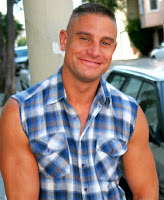 Hot House president Steven Scarborough expressed regret on behalf of the company, saying, “We are all shocked and deeply saddened. Our deepest sympathy goes out to Kent’s friends and family, especially his lover Lloyd.” North was a graduate of England’s Royal Naval Academy. The details surrounding his death were not disclosed.