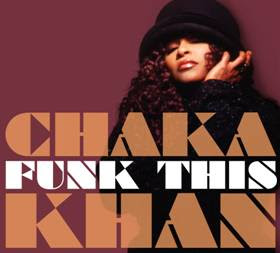 I’m gonna tell you something good. Chaka Khan releases her first studio album in ten years, Funk This, on September 25th. Billed as a “return to her funky/r&b roots”, the album is produced by Jimmy Jam and Terry Lewis and contains a duet with Mary J. Blige and a cover of Prince’s Sign ‘O’ The Times. In 1984, she had her biggest solo hit with another Prince cover, I Feel 4 U. I’ve been a Chaka fan for over 30 years, going back to when her band Rufus first started. Then they became Rufus Featuring Chaka Khan. Then it was WTF Happened To Rufus? What your favorite Chaka song? Mine would be 1975’s Once You Get Started.