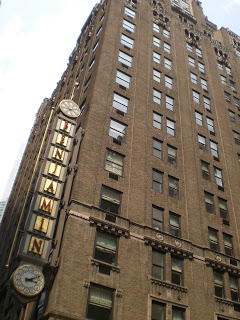 Originally the Hotel Beverly, the Hotel Benjamin was built in 1927 by famed architect Emery Roth, the man responsible for dozens of Beaux Arts buildings in Manhattan. The hotel fell into disrepair for many years but reopened in 1999 as part of Denihan Hospitality Group, and is now named for DHG’s founder, Benjamin Denihan. Trivia: Back when it was the Hotel Beverly, the building gained fame when it was featured in a Georgia O’Keefe painting. O’Keefe lived across the street.