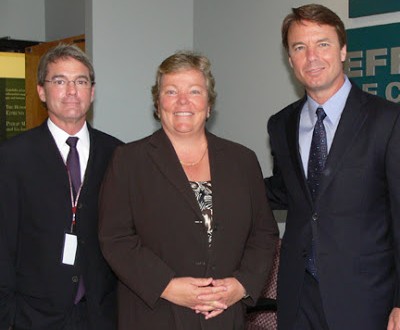 John Edwards toured LA’s gay community center today, interesting timing in light of his wife’s pro-gay marriage comments yesterday. Edwards visited the facility’s pharmacy, HIV clinic, and 24-bed shelter for homeless LGBT youth, where he met briefly with residents. During his visit, Lorri Jean, the center’s CEO, begged the presidential candidate to reconsider his position on gay marriage, saying that most of the problems that brought people to the center were caused by a homphobic society. No word as to Edwards’ response.