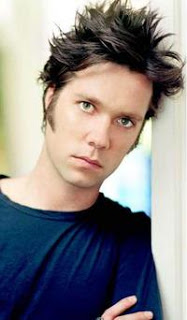 “I do feel like I live a fabulous life. And I know that’s why a lot of the critics get so mad at me sometimes, because they’re just really jealous.” – Rufus Wainwright, talking to the NY Times, adding that his fans have “a tinge of sadness to their devotion. It relates with the alienation that I bring up. So I still feel somewhat subversive, which is nice.”

Wainwright mentions that his fame means that he had his profile taking down by a certain “gay cruising site”, because site adminstrators thought it couldn’t possibly actually be him. Yet Mr. Ego longs to even more famous, saying, “I’d love to play Madison Square Garden and get hounded and lose all sense of dignity.”

For the record, I adore Wainwright, and his recent Neil Tennant-produced Release The Stars is quite lovely, if a bit of a commercial flop in America. But ain’t she grand?

Previous Hurricane Voodoo
Next Morning View – News Of The World