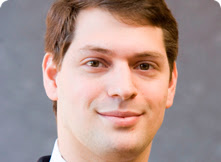 Well, rats. I can’t lobby my state assemblyman to support the gay marriage bill because I don’t have one. Gov. Spitzer recently named Pete Grannis the state environmental commissioner, something I somehow missed. Today I got a notice that a special election to replace Grannis will take place on June 5th.

But woohoo, the Democratic candidate to replace Grannis is Micah Kellner, 28, who is endorsed by the Victory Fund and would become the 4th openly LGBT member of the state assembly. Kellner is a former aide to Carolyn Maloney, my Congresswoman. On the other hand, Kellner’s Republican opponent is Gregory Camp, 45, the former Deputy Director of Criminal Justice, a straight supporter of gay marriage and the BF of Sonia Ossorio, who head’s the NYC chapter of NOW.

So do I want an inexperienced openly gay “pup” (as one blog characterizes Kellner), or a experienced Yale lawyer and friend of teh gays? I’ve crossed party lines before (Bloomberg), but I’m a bit embarrassed to believe that my kneejerk reaction is to always go to the gay guy, regardless of qualifications. I’m gonna give Kellner a call and suss him out.

UPDATE: JMG reader (and my neighbor) Marcia points out a story in today’s Gay City News that mentions that Kellner is actually bisexual and is in a long-term relationship with a woman at present. According to the article, Kellner, who has cerebral palsy, is a long-time advocate for the disabled and has worked for many Democratic causes, including being a member of the Reform Caucus, which pushed the state party into supporting same-sex marriage. Kullner has a partnered lesbian sister. This guy is rather interesting.

Previous More Success For Clinton Foundation
Next Queers Of The Piers