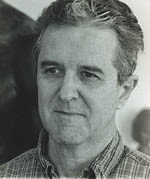 Calling it the “greatest threat to American freedom today”, some Christian activists are staging a campaign against the passage of the Matthew Shepard Act, a bill currently before Congress that would include LGBT people in hate crimes protections. The Christian group is Truthtellers, headed by Rev. Ted Pike, whom you may recall as being behind the 2004 protest of a gay event in Philadelphia which resulted in 11 members of his group being arrested. An equal opportunity hater, Pike blames the Jewish Anti-Defamation League for “inventing” hates crimes laws. Hey, does anybody have an email account? Cuz you could totally write Ted and express your hot sweaty manlove.

UPDATE: Here’s a message from the HRC about the right wing campaign against the Matthew Shepard Act, which should come to a vote on Thursday.