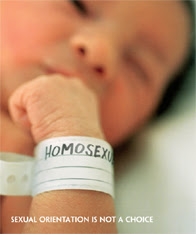 Today is the International Day Against Homophobia. In observance of the occasion, the Human Rights Watch has listed five world leaders to its Hall Of Shame because of their anti-gay actions in the last year:

1. Pope Benedict XVI: for undermining families. The leader of the Holy See has gone well beyond expressing the Church’s theological views on homosexuality.

4. Roman Giertych, Polish Minister of Education and Deputy Prime Minister: for endangering children. Part of a right-wing government that has made homophobia a centerpiece of policy.

5. Bienvenido Abante, Member of the Philippine House of Representatives: for trying to force his sexual orientation on others. Representative Abante has urged that homosexuals be “cured” and turned into heterosexuals.