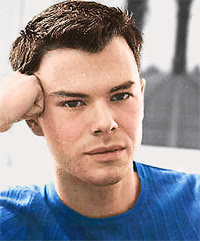 “John and I would usually get 1A and 1B seats in Club Class or First Class on British Airways. We would then be given the option to arrive either first or last on to the plane and be personally escorted by Special Services. Despite this, John still felt it a burden to fly commercial. When we did not have 1A and 1B on a BA flight, John would want to know why we didn’t get the prime seats. Often it would be someone he knew in 1A, and he took it personally that he had not been given the seat. Once we had no clue who was in the seat and John demanded to know who it was. He would often ask in advance which seats we had and attempt to change them if we didn’t have pole position. Only once did he not mind – when we flew to Barbados on Boxing Day 2004 and Mick Jagger was given 1A. He accepted that…” – Jeff Chevalier, escort and former kept boy of British Petroleum head John Browne, ripping his former sugar daddy to the Mail On Sunday. It’s a fascinating story of privilege and attitude.

Previous Life Is Short. Get A Divorce.
Next Gay Partners Residency Bill Before Congress