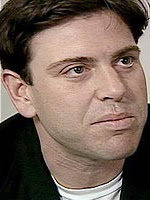 The Color Of Karma Is Green The woes never stop for Steven Green, the 42-year old gay mega millionaire New Yorker who was once named as one of the city’s ten worst landlords. First, he gets sent to jail for failing to provide tenants with heat and water. In January, Green again made headlines when he lost a high-profile gay divorce case against the man he married in Nantucket in 2005. In February, Green was sentenced to 33 months in federal prison for tax evasion and real estate fraud in what is called as one of the largest such cases in Florida history.

And yesterday, Green was struck by a passing car as he walked to his Rolls Royce after partying at Posh in Hell’s Kitchen. Green is in critical condition as police look for the driver who fled the scene. Karma is truly a bitch and she drives a Crown Victoria.

RELATED: Green owes the NYC Department Of Housing $2,238,589 in outstanding judgements. Despite his apparent bad attributes, Green is also known as a generous philanthropist for gay causes and sits on the board of the Empire State Pride Agenda, although that may be in jeopardy, the portion of the ESPA’s site that lists board members is “under construction.” His lawyers have requested that his prison sentence be carried out at a facility that can treat his “chronic alcoholism.”

UPDATE: Green’s lawyer is telling the press that his prognosis is “good” and that he’ll be “up and about shortly.”