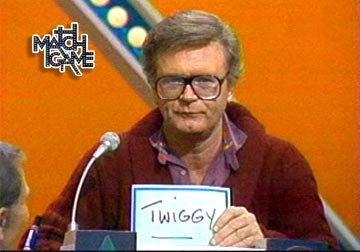 Charles Nelson Reilly, the campiest creature ever to challenge Paul Lynde’s chiffon sash as TV’s first mean queen, died yesterday in Los Angeles at 76. Most probably know Reilly from his trademark evil snigger, which he delivered for many years on game shows such as Hollywood Squares and Match Game.

However, Reilly’s fame first came many years earlier, in 1961, when he won a Tony Award for the role he originated in the first production of How To Success In Business Without Really Trying. In ’64, he earned a second Tony nomination for Hello, Dolly! His third Tony nom came much recently, for his direction of the ’97 revival of The Gin Game. Reilly is survived by his husband of 25 years, Patrick Hughes.

I have a couple of personal memories of Charles Nelson Reilly to add. First, he was a huge cause of disagreement between me and my father, who died a little inside everytime he found me cracking up at Reilly’s antics. It may have been then that I unleashed my first of many accusations of hypocrisy towards my father. Why was it that I was not to watch a dirty homo like Reilly (and worse, worship him), when my father had rearranged his bowling night, just so that he would be home to watch the Flip Wilson Show? My dad’s favorite bit was when Wilson performed in drag as Geraldine, his widely loved mankiller character. Men in drag playing hookers: OK. Smart, sharp, icy gay wit: banned. Granted, 10-year old JMG couldn’t quite parse the obvious ungayness of of a straight comedian doing drag.. Dressing like a woman = gay. (For the record, I did a mean impression of Geraldine myself, something my father would drunkenly wake me up late at night to perform for his friends.)

My other Reilly anecdote merely involves the time he was standing at the end of the bar at Copa in Fort Lauderdale, and I may or may not have accidentally kicked his foot, which was in a gigantic cast. Apparently I was so horrified that I may have kicked him as I sailed by, Reilly felt sorry for me and had the bartender send me a couple of drinks. Classy guy.