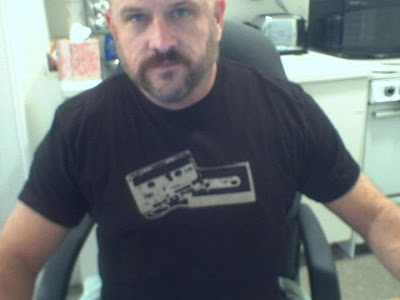 I Got The Affirmative Magnolia

You leave in the morning with everything you own in a little black case. The deception with tact, just what are you trying to say? Rhymes that keep their secrets will unfold behind the clouds. Some sick girls must be discreet. Sorry, my sister just sent me her old iPod, since the one she sent me for xmas two years ago is in permanent sadface. Sis is apparently mired in the early 80’s, her iPod contains nothing but Culture Club, Yaz, Ultravox and tons of fab one-hit wonders like Wide Boy Awake and Peter Schilling. This iPod is made of win. I think I’ll leave it as it is for awhile. Among the treasures is Bow Wow Wow’s 1980 Burundi-beat ode to home taping, C-30, C-60, C-90, Go!. (Stream. Download.) I breeze with the sleaze on my cassette! I interviewed BWW’s lead singer Annabella Lwin for my college newspaper, but we had to cut things short when her roadie boyfriend thought I was macking on her when she let me rub her mohawk and he threatened to knife me.
.

Previous The Little Queen That Could
Next HomoQuotable – Bevan Dufty