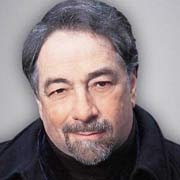 “I don’t like a woman married to a woman. It makes me want to puke. … I want to vomit when I hear it. I think it’s child abuse.” – Radio talk show host Michael Savage, after playing a clip from the Oscars featuring Melissa Etheridge thanking her wife and children.

In 2003, Savage was fired from MSNBS after he said this to a caller: “Oh, so you’re one of those sodomites. You should only get AIDS and die, you pig, how’s that? Why don’t you see if you can sue me, you pig. You got nothing better to do than to put me down, you piece of garbage, you got nothing better to do today, go eat a sausage and choke on it. Get trichnosis. Now do we have another nice caller here who’s busy because he didn’t have a nice night in the bathhouse who’s angry at me today? Put another, put another sodomite on….no more calls? I don’t care about these bums, they mean nothing to me. They’re all sausages.”

A web poll has received over 1 million votes supporting Savage’s candidacy for president in 2008. Savage admits he has little chance of winning the Republican nomination, but if he enters the race, it wil be in order to debate the candidates on his favorite issues. Savage’s show reaches 8 million listeners daily on 400 stations.

UPDATE: Savage has been fired from his agency, who only picked up him a few days.