Pet Shop Boys’ new release Fundamental, which has already gone to #1 in ten countries, is their best work since 1993’s Very, and that is saying something. I recommend getting the limited edition double-disc Fundamental/Fundamentalism. I particularly like the track The Sodom And Gomorrah Show. On the remix disc, Stuart Crichton’s remix of In Private is a grand trance production that will take many of you back to the circuit heyday of the late 90’s.

And here’s a real treat: The BBC is streaming last week’s PSB performance with the BBC Concert Orchestra and a cast of special guest stars, including Rufus Wainwright, who performs Casanova In Hell, and Robbie Williams who sings Jealousy. This concert was edited for broadcast and you can really feel it at times, but Neil Tennant is in great voice. 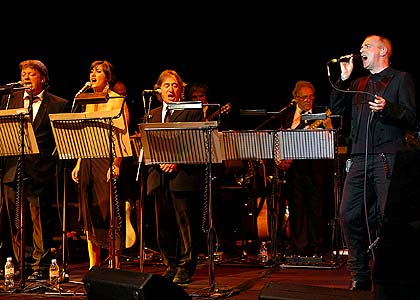